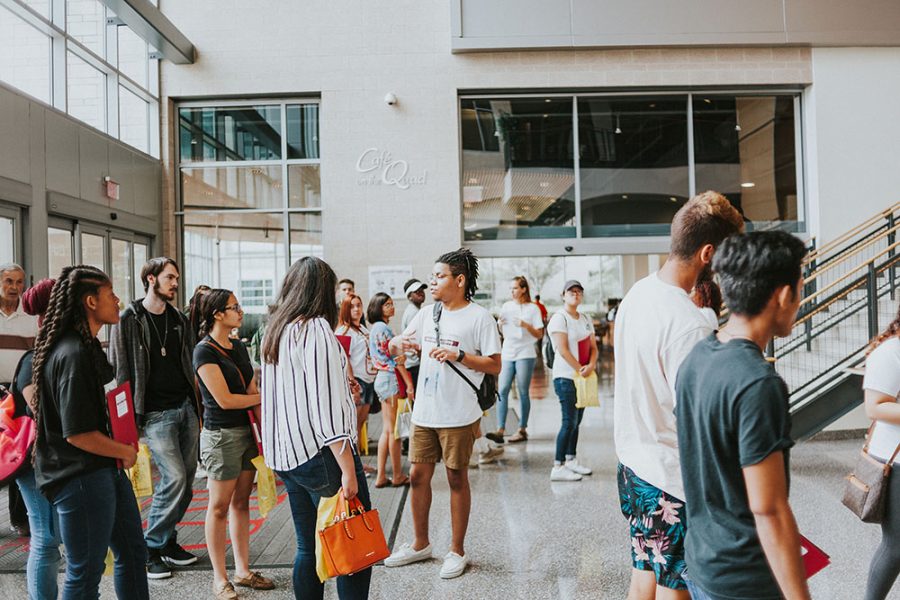 Being a leader is a character trait for many, but for some, it’s a gained responsibility that comes with the territory they’re a part of. Some equate being a leader to being in a position of power, but sometimes, being a leader means being involved and setting an example for those just like you. Setting yourself apart and being a bigger part of the campus community is one of many parts that goes into being in the Dragon Leadership Program. Alongside getting involved with events, helping your community, and being the voice your peers need in situations that regularly exclude them are all parts of what it means to be a leader here at HCC – a Dragon Leader.

“Each and every day, we all have to make decisions that impact ourselves and others” Clinton Neill, the Associate Director of Student Life and the head of the Dragon Leadership Program says, “By participating in the Dragon Leadership Program, students will be able to practice their leadership skills so that when they are faced with issues or
problems, they can lead themselves or others through any situation.” Leadership is not something you must be gifted with to excel at. Being a leader sometimes relies on you to stand up for your peers and become someone the collective trust can be placed in. Being able to hold your peers respective concerns at a high value and help them get to the place they need to be is a duty of yours is what makes the Dragon brand of leadership more than just your typical leading. The aspect of literally leading a ground of people or being a superior to others in title are ways we’ve become accustomed to describing a leader, but so much more lies just beneath those definitions. The responsibility of a leader carries the weight of being a voice and setting an example.

The Dragon Leadership Program does have a requirement to make sure that everyone is involved. Involvement on campus rangers further than simply being there. Events on campus, from Club Rush, to the Fall Festival, to Leadership Mondays, all help students become a part of the campus community at large. “The program requires students to become involved in activities that will engage them in issues that leaders face every day.” Clinton says. With the abundance of issues facing our community and landscape now, we need leaders on campus who are able to helpfully engage peers in discussion at Leadership Mondays. The voices heard are the ones that end up either changing minds or giving people the necessary perspective on how the things around them affect everyone else. Leaders invoke a sense of responsibility, but moreover, a sense of trust and hope from those around them.

Again, being a leader isn’t having reliance on your own title or holding onto hope that you may be able to above someone else, but it’s about having trust placed in you that you’ve gained from those around you – that issues are given a face and a voice that is heard. Being a Dragon Leader here at HCC is a journey that anyone is welcome to join. It’s not about what’s required of you, but about shaping a community that is full of people who are eager to help that same community. The community exists because of the people, and with every group of people, leaders are required. Leaders come in every shape, size, creed, and status, and not one or the other shifts your ability to be a leader – a Dragon Leader – here at HCC.