See If You Or Someone You Know Is at Risk 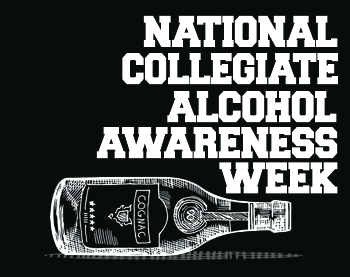 Alcohol is a drug widely accepted in society. It’s promoted in our movies, shows, and commercials. We even have holidays indirectly designated for drinking, such as Cinco De Mayo, New Years, 21st Birthdays, Labor Day, Memorial Day, St. Patrick’s Day and so on. When you think about it, after you are legally allowed to drink, it becomes easier to associate alcohol with specific holidays. We’re so desensitized to it that we even have time in our day to drink called “Happy Hour”. I’m not saying that alcohol is bad or people shouldn’t drink, but as a society, when we give ourselves excuses to “reward” ourselves with alcohol there might be a problem.

These are pretty frightening statistics for a drug that is legal and sold in stores. It’s something to be cautious of and proactive if you might think you have a problem. People who have someone in their family with an addiction could have a higher chance of developing a problem with alcohol and drugs. I spoke to the director of the Wellness Center, Tara Rupp, who is helping to provide the alcohol screening. “The purpose of the alcohol screening is to determine if you have a healthy relationship with alcohol. The screening will provide information on whether someone is at-risk for a drinking problem or alcoholism,” she said. Remember the event is happening this Tuesday, October 22nd, 2019, in front of the Burrill Galleria from 12:30 pm – 2:00 pm. The Wellness Center will be providing information on the signs and symptoms of alcohol abuse, alcohol poisoning, and binge drinking. As well as encouraging safety and personal responsibility when it comes to alcohol intake.  For more information, stop by the Wellness Center (CL 178) or call 443-518-4950 or the counseling center on campus (RCF 302) 443-518-1340.