A Battle Between Lips and Flesh 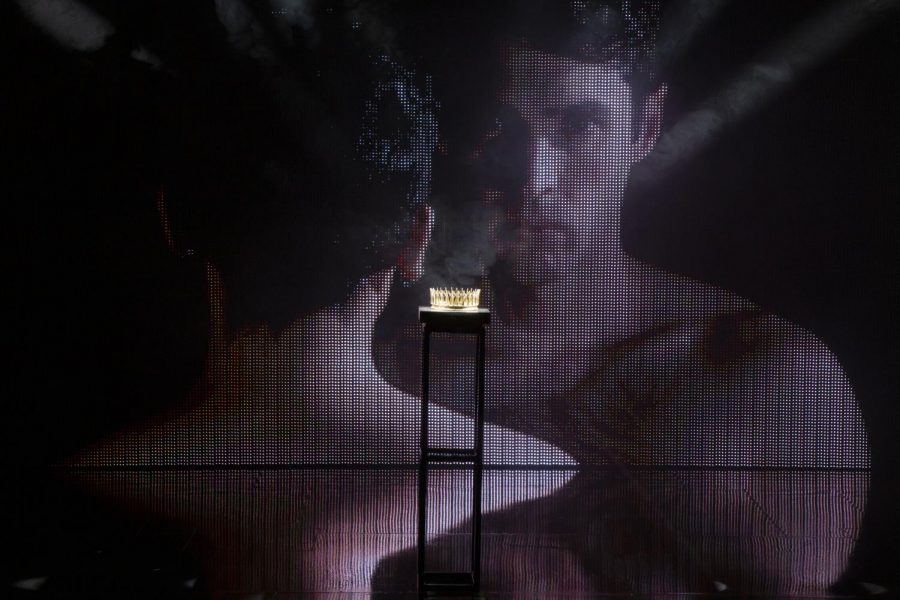 *Disclaimer: I viewed the Preview session of the play, which is where the actors and directors gauge the audience’s reactions during the play and then plan to change things accordingly.

I walked into the studio theatre- my first time- alone. I’m in the center of the third row, alone. The person next to me makes this place feel a little too claustrophobic so he moves down one. The stage isn’t really much of a stage in the sense that it makes the audience feel like they’re on a lower level than the performers. Instead, it gives a more intimate feeling. There are about 30 or so people that occupy the seats (most who, I’m assuming) are families of the performers).

E2 is the creative nonfictional play about King Edward the second of Scotland and his rumored relationship with another man. E2 does an excellent job of portraying the relationship between Edward and his friend, Piers as well as how that relationship and all of its encompassing things affect the world around each of them. Zack Powell does an extraordinary job as King Edward; showing the audience but a glimpse of the life that he lived and the turmoil that he faced. Alejandro Ruiz shows the other side of a well-known LGBT story; the quiet yet fierce counterpart that tames their lover, often reminding them of the danger that they’re in.

While the play does do a very good job of portraying the different relationships, it falls short in some other regards. For example, the play teeter-totters between the line of staying in the age that it was originally set in and bringing it into the new age with different electronics like iPad, cellphones, and even social media. The dialogue even teeters on the line as well with how the characters deliver their lines: going from royalty, noble-born speak to using modern English words.

The transition music between scenes in the first half was jarring and took me out of the environment each time it played. It eased up to something softer in the second half. Some scenes felt too short, and some felt a little too long. There were one or two scenes that really made me go “well dang”. This play has a great skeleton, and even a good first layer but, I feel as though it would have been better if it stayed in its original time, maybe a few years ahead but not too many.

Again, this was just the preview session and when you go to view the play, it may have changed drastically. The play will be performed until November 17th, 2019 and I do recommend buying a ticket!

A line I felt was memorable; from Edward’s soliloquy “Perhaps if this were a battle between bombs and guns instead of lips and flesh, I could have won”