Parasite, The Academy Awards, and What it All Means 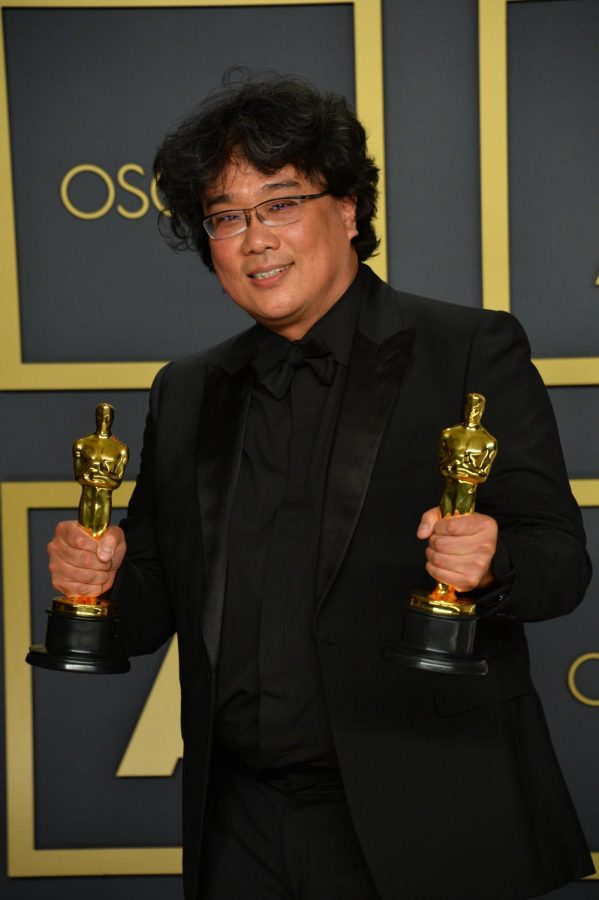 By now, you’re all almost certainly aware of the film “Parasite” by Bong Joon-ho (“Memories of Murder,” “The Host,” “Snowpiercer”) due to its recent success at the Academy Awards.  At a time when the Academy is rightfully being called out for focusing primarily on the artistic endeavors of white males, seeing the first-ever international picture in a language other than English win, and one that is directed by a Korean man and deals with class struggle no less, is a major surprise.  It is not only a massive victory but a sign of how powerful the movie is, that it could sway a vote usually biased against similar films. So, what makes the film so effective? Is it really worth the hype it now has, or will it fail to deliver? Finally, what might this success mean for the future of cinema?  Let’s discuss.

It is this critic’s belief that the film is powerful for two reasons.  The first is that the class struggle portrayed in it speaks to a large and growing number of people worldwide, especially young people.  Director Bong even stated in an interview with GQ, that he was surprised to see the film speak to so many people worldwide when it was intended to discuss a Korean cultural sentiment, but he adds on that people in all societies and countries are having the same experience of living under capitalism.  Indeed, the film shows how ranking people’s worth, rights, and freedoms economically ultimately causes suffering to the working class, leads to the necessity of morally dubious behavior from those who are just trying to survive, and even eventually harms those in the middle and upper classes. Without giving too much away, one could easily say that every character in the film is a victim of the circumstance they’ve been thrown into, although the characters “higher up in the world” do have more societal power.  One specific character is one that most filmmakers would depict as a dehumanized antagonist and a source of fear and derision, yet “Parasite” reminds us that he, too, is human, and must be seen as such. Viewers who have been, are currently under, or are close to people under harsh economic circumstances can empathize with the story and feel a connection to the possibilities, horrors, hopes, and dreams shown in the movie.  Viewers who are of a more privileged class are able to see a new side of an experience they might not entirely understand or be able to empathize with, and hopefully this can work to help open eyes and increase the visibility of these experiences. As a result, this film has a powerful message and point of connection for all viewers in a world increasingly stratified by capitalism.

In addition, Bong’s direction of the movie adds a strong visual element to these themes.  Sometimes, what he shows is visually blatant and constantly reminds the viewer of the elements at play; for example, one quickly notices that the family of working class characters’ home is geographically much lower down than the home of the upper class family.  As such, whenever anyone moves between the two locations and can be seen physically rising or lowering, the viewer is reminded of the forces at work in this specific scene. Indeed, after a while one notices that the use of height, upper levels and lower levels is almost always reflective of the dynamics and movements at play in a scene.  Whenever a character climbs or descends a staircase, there is a meaning behind it. In addition, Bong puts subtle clues throughout the film to both foreshadow and reinforce the themes of the movie. While these are sometimes easy to miss, one that stands out at the start of a high-tension scene, is when the number “44” shows up on camera briefly.  In Korea, as China, Japan, and Vietnam, the spoken word for “four” is pronounced very similarly to the spoken word for “death”, and as a result, these countries have a mild cultural superstition around the number 4 and death, similar to the western superstition around 13 and bad luck. If a viewer knows this fact and notices the number, the entire scene becomes a lot more tense, as they are left wondering if it was intentional and, if so, what’s going to happen and when.  When this scene ultimately does culminate in a very startling and intense way, there is a bigger payoff. This is just one example of the details that are hidden throughout the movie to enhance the viewing experience, but it’s one of the most interesting.

So, now for the next question: if someone has not yet seen the film, will it live up to the “hype” that it has attracted culturally?  This critic’s answer is yes, having seen it in the lead-up to the Oscars when it was back in cinemas temporarily. The experiences and visuals in the film speak strongly, the characters are written deeply, the cinematography, music, lighting and design are all incredibly tight, and not an element feels out of place at any moment.  In the past, there have been culturally paramount movies that could be compared to a fantastically designed home with no foundation–the design is worth seeing, but it’s not worth living in. These movies are often disappointing to viewers, who already know what they want to get from them. “Parasite” has a strong foundation and strong carpentry.  Such a film it has to be a very tight film, as it broke several Academy barriers that were all working against it.

What does this success mean for the future of cinema?  In a Golden Globes acceptance speech, director Bong said that he hopes this opens the world of foreign film and subtitles to viewers who might not realize the large variety out there.  One can only hope he is right. All cultures and countries have very unique forms of storytelling and insights that come through in their cinema, and the best films still speak, very strongly, to the human experience. (Some recommendations for those newly interested in foreign film are listed at the bottom of this page.)  Not only will the world’s combined strength in storytelling grow if this film encourages viewers to see more intercultural works, but the combined insight and empathy into each others’ experiences (and eventually our own) can help increase solidarity around people all around the world in the fight against oppression, economic stratification, and a lack of unity.  As the U.S. has grown in the very recent years (since the rise of the internet, at least) to recognize the voices of women, people of color, the queer community, and the economically disenfranchised through a sharing of stories, we too have learned how much strength and common empathy this brings. Let “Parasite” serve as an example of the common message, meaning, and power of story that international cinema can bring, and as Bong pointed out, may all of us living under capitalism reach our own, connected potential.

“Departures” (Japan)
“Stalker” (The former Soviet Union, in territory that is now Russia)
“A Prophet” (France)
“Memories of Murder” (Korea, also by Bong Joon-ho)
“Embrace of the Serpent” (Colombia)