White Supremacy in America is a major issue. 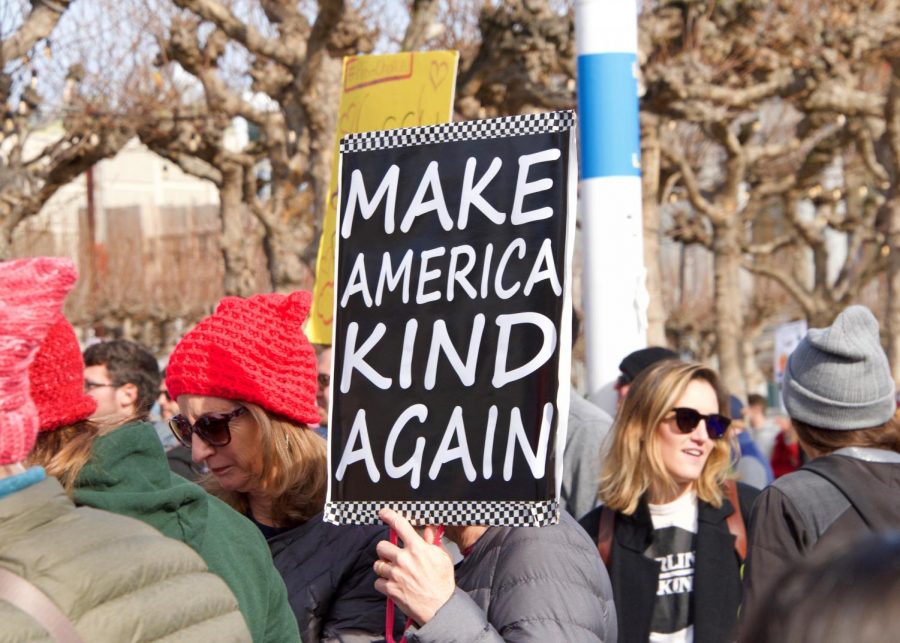 Although the United States has become increasing divided along partisan lines, there is hope for reunification through diversity and inclusion.

“ALL LIVES MATTER” and “Stop the Count” are the chants cried by Donald Trump supporters all around the country. These people are angry about the outcome of the 2020 presidential election and are willing to incite fear to maintain their power. In recent news, the Philadelphia police arrested QAnon supporters for trying to attack a voting center. This is one of many violent scenes that erupted during the election, not to mention the numerous threats to the lives of politicians and activists of all kinds.

This same hatred and rage influenced white supremacist Catilyn Pye. She  was inspired by Dylann Roof, who killed nine African Americans at the historic Emanuel AME Church, citing he would love to start a race riot. Last November, she planned to attack Bethel AME Church. According to Nick Waston, a crime reporter at The Gainesville Times, the teen planned to attack churchgoers and arrived at the church twice, but on those days bible study was canceled.

Pye’s notebook was discovered by her classmates, which had a detailed account of her actions. Her bookbag had t-shirts with white supremacy slogans and one that said free Dylann Roof. The students notified the teachers and the school launched an investigation. The investigation was turned over to the local police.

On October 23, 2020, Pye was sentenced to four years in the Regional Youth Detention Center, where she will receive counseling. Then she will serve ten years of prohibition. Pye has been ordered to stay away from any AME Church in Georgia and must stay 150 feet way from any AME Church. According to The Times, Pye is remorseful about her actions and said she is “truly sorry for what she has done.” Church leaders have forgiven her, but many are outraged that she will be not charged as an adult.

Gabrielle Congedo, a freshman at HCC, says, “Yes I think the punishment was appropriate because she is still a child and likely influenced by Roof. She had an intention to kill in church, so she definitely deserved the punishment.”

According to Natasha Chen and Holly Yan, correspondents for CNN News, four states do not have hate crime laws– Georgia is one of these states. Bishop Reginald Jackson of the Sixth Episcopal District of the African Methodist Episcopal Church said that “It ought to bother us in the state of Georgia, this young girl, this young woman cannot be charged with a hate crime,” and most church leaders believed she should be tried as an adult. The Georgia Legislative Black Caucus is currently working on plans to make a bill on hate crimes.

When hearing this news, Congedo was deeply disheartened, saying, “Every state needs to have a hate crime law. It may help the stop the attacks against people of color.”

Terrell Bratcher, a professor of African American studies and leader of Howard P.R.I.D.E  at HCC,  said, “This is more a reason why there needs to be hate crime laws at the federal level. When you discuss state laws, each state is different. Some states and different jurisdictions are stricter than others. And when you do not have a federal or national standard, you are going to have inequalities. But it doesn’t mean justice was not served in this particular case.”

Days after the Catilyn Pye trial, Willie Brown Jr was found lynched from a basketball rim in Sacramento California and days later, Walter Wallace Jr was shot and killed by police in Philadelphia. Even months after George Floyd’s death, several black men have been found lynched throughout the nation.

This happened after the results of the presidential election, which made Kamala Harris the first woman and person of color to be elected as vice president, the election of 127 women of color to Congress, and the unprecedented participation of first-time voters.

To most Americans, the 2020 uprisings played a crucial role in  President-elect Biden’s win. According to Bratcher, “I am one to believe that without the 2020 uprisings, Joe Biden would not have won. I think there is a distinct argument that can be made that these uprisings … the media was covering it like it was just chaos everywhere. If you went to a Black Lives Matter protest … one of the things they did was place a heavy emphasis on Voter Registration and so when you look at the counties that won this election, where all areas had large 2020 uprisings.”

He continues describing the current situation of racial progress. “I do think the work is not done and meaning, it is really easy for us to look at the gains that were made and say alright let’s take a step back. But we must hold this administration accountable. Joe Biden should know that he only occupies that office because of people of color.”

This sentiment is very true. We are making progress regarding the diversity and inclusion in predominately white establishments and having people of color in powerful elected positions. However, we must address the deep-seated racism that caused groups like QAnon to rise to power and understand how laws work to protect white privilege and disregard black life. It is time we focus on making America a place that everyone can be free.