Why Calling It "Chinese Virus" Is Not Okay 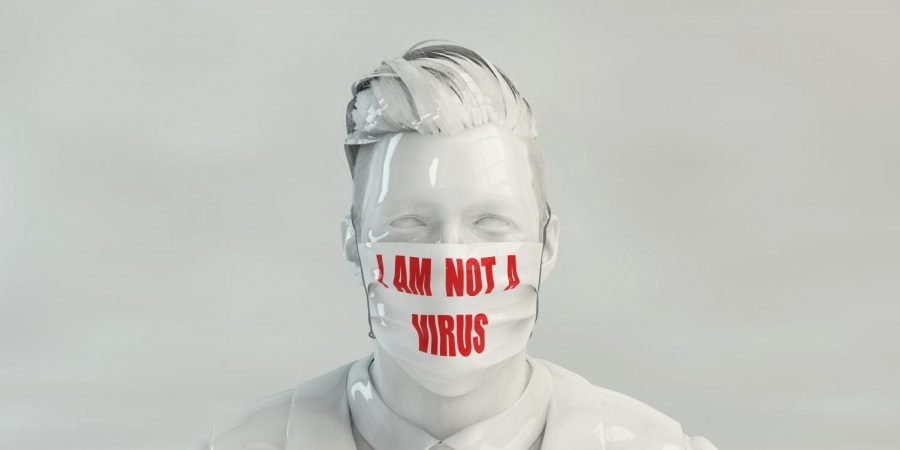 A silent protest against xenophobia.

COVID-19 has affected almost every aspect of our lives these past couple of weeks. Ever since the first case in Wuhan, China back in December 2019, xenophobia has been on the rise. According to a New York Times article, “Spit On, Yelled At, Attacked: Chinese-Americans Fear for Their Safety”  many Chinese-Americans have described “being yelled at in public — a sudden spasm of hate that is reminiscent of the kind [of hate] faced by American Muslims, Arabs and South Asians in the United States after the terrorist attacks of Sept. 11, 2001.”

President Trump and others in his administration have called the virus names such as “the Chinese flu,” “the Chinese coronavirus” or “the Wuhan coronavirus.” Many Asian-Americans believe this language has helped fan the flames of xenophobia. Other Asian families including those from “Korea, Vietnam, the Philippines, Myanmar and other places — are facing threats, too, lumped together with Chinese-Americans by a bigotry that does not know the difference.”

I spoke with my cousin Steven, who is Korean-American. He states, “Since the COVID-19 had its first case in America, there has been the anxiety and fear that wasn’t there before.” He hasn’t had a racist experience, but states, “I’m not sure if all of it is in my head and I’m causing myself to have anxiety and fear, because I haven’t experienced the racism first hand yet.”
What can be done to help combat it?
Getting accurate information in the hands of the public is critical during a public health crisis. The World Health Organization has warned against the large amount of misinformation circulating related to COVID-19. False information can push hateful and xenophobic ideas into action. According to the page Coronavirus Disease 2019 (COVID-19) published on the Center for Disease Control’s website, a way to fight against xenophobia is to reduce stigma. According to Reducing Stigma,  also on the CDC website, there are many ways individual people can combat discrimination:

“Quickly communicate the risk or lack of risk from associations with products, people, and places”
“Raise awareness about COVID-19 without increasing fear”
“Share accurate information about how the virus spreads”
“Speak out against negative behaviors, including negative statements on social media about groups of people, or exclusion of people who pose no risk from regular activities”
“Share the need for social support for people who have returned from China or are worried about friends or relatives in the affected region”

As residents of one of the more diverse communities in the nation, we should actively practice these suggestions. It’s easy to write it off as someone else’s problem, but we must take social responsibility for our friends, family, and neighbors’ well-being especially during these times.