Kickoffs Deserve the Boot: Why the NFL Needs to Eliminate the Kickoff 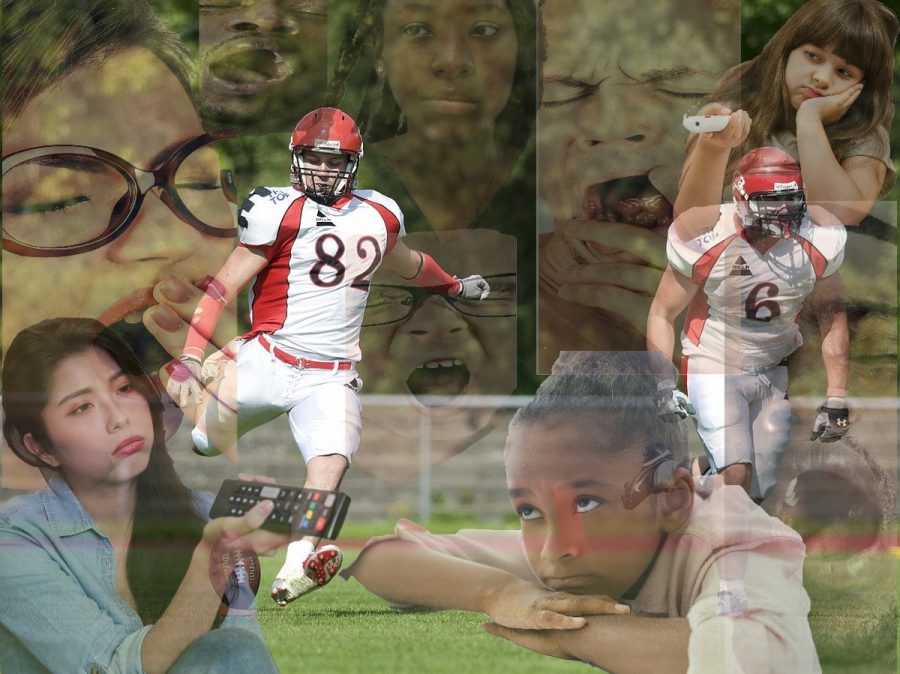 The kickoff is a boring part of a beloved game. (photos courtesy of Deposit Photos and Torsten Bolten)

Your eyes are glued to the screen. It’s about to go down.

Twenty-one world-class athletes (and the kicker) are in position, locked and loaded. Their arms and legs fidget and twitch in anticipation.

One man stands on the goal line, his fingers wriggling and his feet antsy. All that’s still are his eyes, locked on the oblong-shaped leather about to be kicked his way.

The referee blows his whistle, and all falls silent.

The kicker raises his arm and begins his trot, which quickly transitions to a near sprint. He swings his leg violently, and the ball soars through the air, traveling end-over-end so beautifully it would hypnotize you if you watched it long enough.

Below, two units sprint at each other, each preparing to bulldoze the other into submission. They converge.

The ball finally comes down, nine yards deep in the end zone.

Yep, that’s how most kickoffs go down in the NFL. Kind of like a 3-2 pitch in baseball that ends up being way outside for ball four. A dramatic build-up, a plethora of possibilities, but an outcome too far predictable and banal.

It’s time for the NFL to get rid of the kickoff.

When you watch a football game, you crave the excitement the action brings. A kickoff is an antithesis of what the NFL strives to offer: it is boring, predictable, and repetitive. At this point, kickoffs are essentially pointless.

When the ball gets kicked, the returner decides whether or not they attempt a return. If the ball is kicked far enough into the end zone, the player will take a knee after fielding the kick. Other times, the returner has no choice, as the kick may sail out of the end zone.

Often, nothing interesting happens. There is little chance for a highlight-reel return or a game-changing turnover. The game clock doesn’t budge when a touchback occurs. Not only are kickoffs mundane, but they are far too predictable.

Throughout 2016-20 in the NFL regular season, nearly 60 percent of kickoffs resulted in touchbacks. As a fan, they’re just not fun to watch. I usually find myself refilling my bowl of chips as the ball is being set because a kickoff is essentially a commercial: quick, uninteresting, and something I’ve watched a million times.

And for a player, they can be harmful. Once the ball gets kicked, blockers on the receiving team must assume that a return will occur. When the ball sails over their heads, they sprint to meet the man they’re supposed to block.

That means that most of the players on the field are engaging in a high-speed, violent collision for nothing if the kick ends up being a touchback, which happens often. When you consider how boring most kickoffs are and understand the safety concerns associated with them, it is not difficult to argue that the NFL should get rid of them.

To replace the kickoff, I think the solution is pretty simple: have the team take over on its 25-yard line. Fans who especially enjoy action would probably support Greg Schiano’s idea. The former Tampa Bay Buccaneers head coach supports replacing the kickoff with a punt. This all but eliminates the chance for a touchback occurring and is statistically less dangerous than a kickoff.

One could most certainly make the compelling argument that eliminating the kickoff would diminish the opportunity for certain players to make an NFL roster. Keep in mind that kickoff units typically comprise players who are backups at other positions. Players may have more difficulty seeing the field, but position depth is crucial in the NFL, so jobs would not be in jeopardy.

Another argument in opposition to such a stance is that eliminating the kickoff takes away the excitement of watching a player run the length of the field for a quick-strike score, electrifying players and fans alike. I would respond with the statistic that of the 13,176 kickoffs between the 2016 and 2020 NFL regular seasons, only 33 were returned for touchdowns. That means there was roughly one touchdown return per 400 kickoffs throughout 2016-20.

The most entrancing argument, however, against the abolishment of the kickoff is that the onside kick would have to go, too. Sure, the kickoff may be boring, but onside kicks serve as an opportunity for a team to essentially cheat the system and steal an extra possession if they recover an onside kick. The thing is, they often don’t.

Because of the 2018 rule change that prevented players from getting a running start to cover a kick, the success rate of onside kicks is at an all-time low, as only 8.28 percent of them have been successful throughout the three seasons since the rule change. Again, this is a problem with a multitude of simple solutions.

One of the most logical and popular alternatives to the onside kick is to let a team run one play from their 35-yard line. If it gains the required yardage (ten yards in most proposals), the team continues the drive from where the play ended. If the team does not pick up the necessary yardage, the defending team takes over.

As a fan, the most frustrating part of the kickoff is knowing there exist many simple solutions to replace it. It is a play that is boring, repetitive and doesn’t require much strategy.

When it comes to the onside kick, the result is usually pure luck. The ball dribbles on the turf until it disappears into a massive pileup of players and referees. There’s no thinking or skill necessary: see ball, get ball. While the occasional pileup may be riveting, most often, the return team recovers the kick without much difficulty. Like the kickoff, the onside kick has gotten far too predictable.

The NFL needs to acknowledge that kickoffs are the opposite of what its fans want to see. Football games are supposed to be action-packed, suspenseful, and unpredictable. A typical kickoff is none of these things. There are many potential solutions to the issue, and many of them are simple. For the sake of fan engagement, the NFL needs to give kickoffs the boot for good.