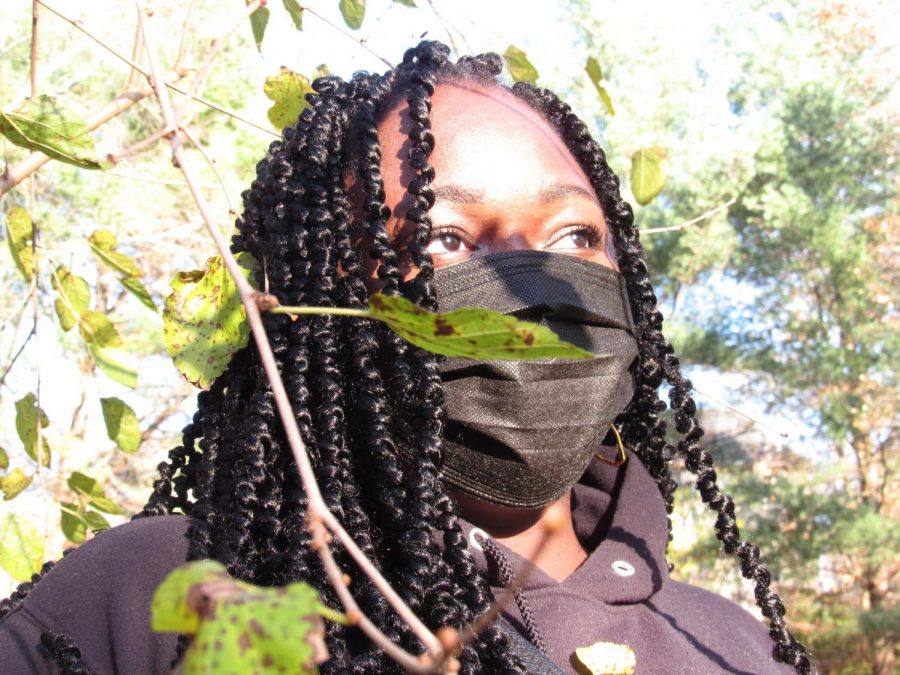 Malcolm X once said “The most disrespected person in America is the Black woman.”

Malcolm X once said, “the most disrespected person in America is the Black woman.”

This sentiment rings true to this day. In the past few months, we have witnessed a young black woman being body-slammed by an officer, reeled over the news of a nine-year-old girl being doubled handcuffed and pepper-sprayed, watched Chris Harrison’s hostile interview with Rachel Lindsay, listened to Meghan Markle’s mistreatment, heard about a Georgia teacher who announced that “Breonna Taylor deserved to die” and struggled to comprehend the tragic news of a pregnant Black woman in North Carolina being brutally murdered.

Now, it’s true that America has come far in the fight for women’s rights. Womens’ struggle for voting rights in the Suffrage Movement led to the eventual passing of the Nineteenth Amendment. Marching and protesting allowed more women to have more control over their bodies when the FDA approved the first birth control pill in the United States. The Pregnancy Act of 1978 allowed women who were pregnant to work without discrimination. The creation of the Family and Medical Act allowed for employees to take paid leave for particular medical purposes within their family. This act is commonly used for new parents, who take maternity or paternity leave. The Family and Medical Act act was particularly important for women who become mothers and were being discriminated against by their workplaces. If employers refused to abide by the Family and Medical Act, the employee would still be protected by The Pregnancy Act of 1978.

Activists such as Elizabeth Cady Stanton and Susan B. Anthony were key faces in the women’s suffrage movement during the late 1800s and founded the American Equal Rights Association. Stanton noticed how our nation’s laws discriminated against women and decided to dedicate her life to win equal rights for women, writing “all men and women are created equal,” mirroring the language of the Declaration of Independence. When Susan B. Anthony was prevented from speaking at a convention on the basis of her sex, she determined to fight for women’s rights.

But these leaders of the feminist movement climbed over other marginalized groups to gain their rights. Among these groups were African Americans.

On February 3, 1870, the Fifteen Amendment was passed giving Black men the right to vote. This outraged many white suffragists because they thought white women should have the right to vote first. When asked how she felt about whether Black men should get the right to vote Stanton stated “ ‘no; I would not trust [them] with all my rights; degraded, oppressed himself, he would be more despotic with the governing power than even our Saxon rulers are.” Stanton said this despite the fact that African Americans, like Frederick Douglass, were loyal members of the American Equal Rights Association and fought hard for women to gain the right to vote.

As such, many white women were afraid that if Black men got the right to vote that they would use their newly founded power to oppress them. Later on, she referred to Black men as “sambos”. Sambo is an offensive term that describes African Americans as lazy and not capable of living as independent adults. This racist rhetoric is hurtful and further creates negative stereotypes of African Americans.

These exclusions that the feminist movement made towards the African American community stems from a place of “white fragility”. White fragility is a term used to describe the discomfort and defensiveness of a white person when talking about racial injustice and was coined by scholar and author Robin Di Angelo. Many white feminist leaders refused to acknowledge the African American community.

Their actions then placed Black feminists in a complex position. They were both black and female. Some of the white feminist leaders saw the passage of the Fifteenth Amendment and its progress in the struggle for civil rights for African Americans as a threat to their own cause. However, the passing of the Fifteenth Amendment was integral for women’s rights to be realized in the Black community and therefore were dependent upon each other.

Tired of this mistreatment and being unheard, African American activists Helen Appo Cook and Josephine St. Pierre Ruffin founded the Colored Women’s League in 1892. Later, this organization merged into the National Association of Colored Women. The founders of this organization were Anna Julia Cooper, Frances Harper Watkins, Ida B. Wells, and Mary Church Terrell.

With the motto “lifting as we climb,” the National Association of Colored Women focused on improving the public image and living conditions of Black women. NACW created schools and education programs for young Black girls. In addition, they hosted community service projects to help impoverished areas and aided the elderly by creating assisted living houses. The organization still serves the African American community today. Organizations like the National Association of Colored Women had to be made for Black women to have a cause to fight for them because the feminist movement continued to ignore their needs.

At the end of the second wave of feminism, author and activist Alice Walker coined the term womanist. A womanist is a person who can love women sexually or non-sexually, committed to the survival of women and men. Unlike feminism, the job of a womanist is to fight against both racism and sexism. Womanism addresses intersectionality which addresses how a person’s social and political identities impact their status in society. Classification of intersectionality is race, gender, age, class, sexual orientation, and nationality.

It is important that we as a society shift our focus from feminism to womanism because it allows Black women to embrace the complexities of their identities and being a double minority. Intersectionality is important because it allows women to connect in various ways, not just because of their gender. This can create more meaningful alliances between different groups and make the fight for equal rights more inclusive.