“The Falcon and the Winter Soldier” is one of the latest installments in the Marvel Cinematic Universe. (The Walt Disney Company)

“The Falcon and the Winter Soldier” is one of the latest installments in the Marvel Cinematic Universe.

“The Falcon and the Winter Soldier”: Tackling Racism with Superheroes

Change is happening, one superhero at a time.

“The Falcon and the Winter Soldier” follows Sam Wilson and James ‘Bucky’ Barnes as they try to stop the Flag Smashers, a group of super-soldier anti-nationalist super villains. However, they also deal with a white nationalist, a token Black sidekick, racism around every corner, a prison escapee, the Dora Milaje, a secret Black super-soldier, and many other microaggressions and revelations that no one saw coming in the six-episode series.

From the end of “Avengers: Endgame” to the beginning of this new Disney Plus series, we are thrown into a society suffering from the aftermath of the Blip. The Blip, as many recall, is when Thanos snapped his fingers, causing half of the world’s population to disappear.

While this seems like the best option at the moment, the American government fails to realize that neglecting half of its population will give its enemies the motivation to tear them down. The enemies in this case are the Flag Smashers.

As enticing as this conflict is, this Marvel series divides its attention to the social injustices that plague America.

The first episode already begins with a dilemma: who will replace Captain America and hold his shield with honor? We’re led to believe that the next person to take up this mantle will be Sam Wilson, also known as Falcon. However, that is not the case.

Wilson is told that he did the right thing by giving up the shield because the American government never expected a Black man to become the next patriotic symbol for their country. This speaks volumes as their next decisions come into play.

The American government almost patronizes and mocks Wilson’s decision to not become the next Captain America by appointing a white man, John Walker, to be their new symbol.

The American government never expected a Black man to become the next patriotic symbol for their country.”

Walker is a complex choice due to his ideology, behavior and role in white America. He is a white nationalist that chose to work hand-in-hand with the American government to save the world — according to America’s perspective. It was America against and on top of the world and Walker agreed with every step along the way, even if he took things to the extreme.

Marvel guides the audience in this new direction, rather than overwhelming them. They show that the world that their superheroes live in isn’t so simple or black and white; it is just like our society. That revelation might be terrifying to some.

This guidance also comes through how they reveal Isaiah Bradley, a super-soldier who gained his exceptionalities shortly after Rogers did. Instead of being treated as a hero like Rogers, he was imprisoned and tortured against his will on the order of the American government. Bradley’s experiences highlighted just how different a Black person is treated compared to a white man.

In America’s eyes, a Black man could never be their ideal patriotic symbol. To them, only a white man could fill the role. Bradley states this to Wilson as well, especially when he debates on becoming Captain America towards the end of the series.

After speaking to Bradley, Wilson and Barnes are confronted by the police. Without any prior knowledge, the police officers instantly believe that Wilson is aggravating and annoying Barnes. This raises alarms because even in our society, Black people are targeted by the police for doing nothing except existing.

Read more about Race in America 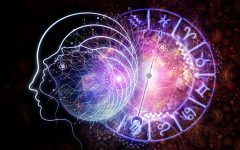 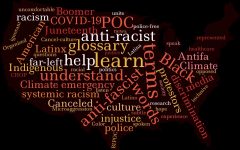 Crucial Conversations: Key Terms in the Fight for Racial and Environmental Justice 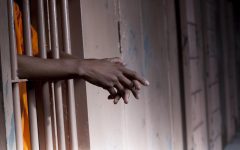 "Just Mercy": The Intersection of Justice, Hope, and Abuse of Power

Apart from this devastating revelation and reflection of our racist society, the issue that Wilson and Barnes have with Walker continues. As Walker is persistent in teaming up with Wilson and Barnes, he also subtly mocks Wilson’s issue with the police as a Black man. Walker casually leans on a police car and repeatedly allows the sirens to go off to get Wilson’s and Barne’s attention to drive this point home.

Wilson turns around in alarm with his previous experience with the police playing in his mind. Walker, as a white man, only thought of his desires at that moment and he didn’t care how insensitive he had to be to achieve his goal.

Situations with Walker, the American government, and Bradley are not the only ways that Marvel tackles racism in this action-packed show. They also emphasize it in a situation that Wilson and his sister, Sarah, have to deal with at the bank. The banker, a white man, refuses to give Wilson and Sarah a loan due to their family background. In the process, he also tries to “calm down” Sarah after she calmly explained her frustration with his refusal. He even sits in disbelief over the fact that Wilson, as a superhero, is not paid for saving lives.

While this scene did raise some fun questions about how superheroes make money, it also displayed how even in public corporations Black people experience microaggressions –whether it is due to a stereotype or their family background.

Even if they are a superhero or a huge social figure, Marvel shows us that this will be the reality of our society, no matter what universe we are placed in. So even as though we go through these horrible experiences, at least we know that our favorite Black superheroes are going through it too. To us, it’s comfort, but it’s also awareness of racism and the situations that stem from it.

As Bradley asked in the last episode, “So, a Black Captain America, huh?”

Change is happening, one superhero at a time. 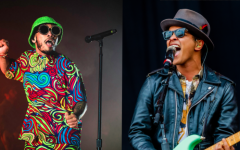 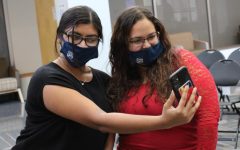 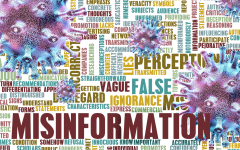 COVID-19 and Misinformation: The Tale of Two Pandemics 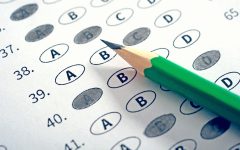 The SAT is Inaccurate and Unreliable 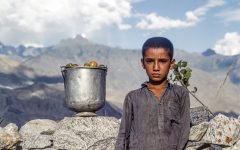 The Crisis in Afghanistan, Born Out of Western Imperialism 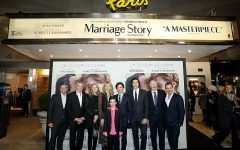 “Marriage Story”: an Emotionally Moving Masterpiece to the Nth Degree

“Just Mercy”: The Intersection of Justice, Hope, and Abuse of Power 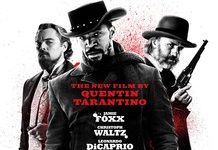 Django: The Quickest Gun in the South 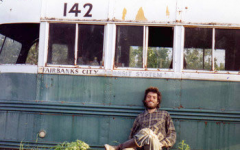 Now I Walk Alone: “Into the Wild” 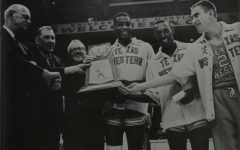 Glory Road: The Cinematic Retelling of the Biggest Upset in NCAA D1 History